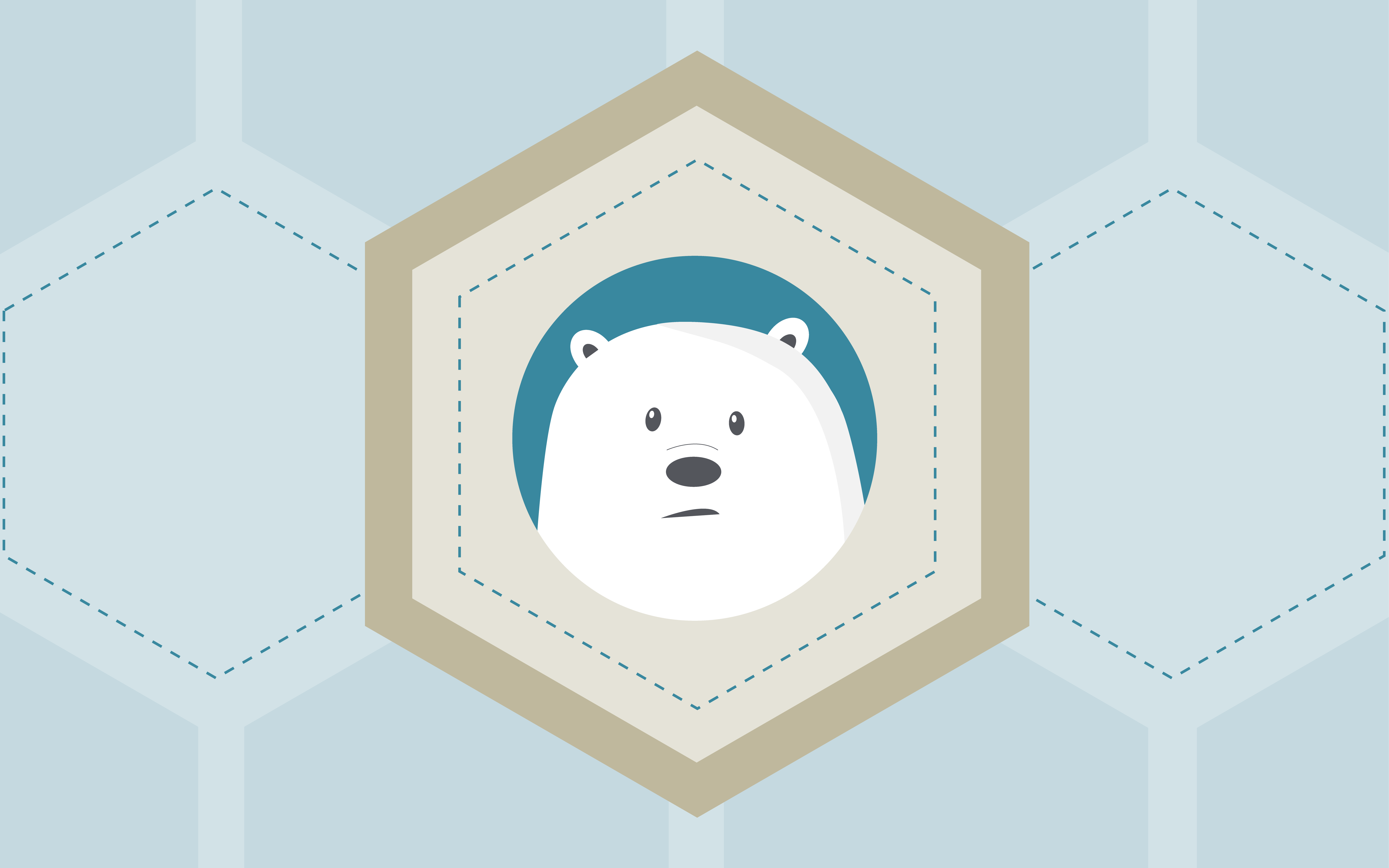 729 is full of a bunch of interesting and creative folks and we love to show off! Allegra is joined by Project Manager Rob Tapia and chats about his musical past and good restaurants in the South Bay!

Please start with a brief introduction about yourself.

Basically, I accidentally walked into my career. After an attempted career as a musician… didn’t work out as well as I had hoped… I decided that at some point I would have to get an actual “job” job. After a couple of things, I went from being a store operations manager for an electronics store to working for a company called Monster Cable that I had become familiar with through my time in consumer electronics. Then, once there, I was working with their accounts departments. Then, we had a project where we wanted to launch an ERP system and I just took to that. That sort of led me down the path of technology services, which eventually ended up with me at 729 Solutions.

What do you do here?

I’m a project manager. Right now, mainly my focus is on Zendesk related projects. I more or less work between the clients and our technical team. I’m also qualified as Zendesk admin, so I help the clients set up their Zendesk, figure out how they want to use it and how best utilize it. Then, I work with the technical team to take any behind the scenes changes or enhancements that they need to make.

I want to go back and talk about being a musician. You said in your about thing you said you performed a lot.

Yeah. I started, like most people in music, the whole involvement with the band started back in high school with my… initially, I was helping a friend of mine who had joined a band, helping him book shows and stuff, just because I was the one guy of the group of friends who, at 17, was bold enough to jump on the phone with club managers and start acting like I knew what I was doing. That led me to meet people, which led to us getting involved with people in other bands, which led to me forming a band eventually, after playing with a couple of others.

We played a lot for a period there, for the good four or five year period where we were playing once or twice a month, like club shows and stuff ranging from 50 to 60 people all the way up to… we opened up for a headliner in East Bay that was about 1,000 people.

Who was the headliner?

It was a band called Forbidden. Actually, it was a dual head with them another band called Violence. So, the thrash metal genre was our thing. It was cool. We played a lot of shows, played in front of a lot of people. I met all kinds of people, got exposed to all kinds of experiences and things I probably would not have any other way.

What instrument did you play?

Right on. Do you still play music at all?

Yeah. The band I was in, originally… it’s a band called Treachery that I formed back in the early 90s… we got back together again about five years ago now. Did some shows and things, but the last maybe year we’re kind of back on a little hiatus again.

You also said that you have tattoos? I can’t remember if I’ve ever seen your tattoos or not. Are they full sleeves, or are they half sleeves?

Mm-hmm (affirmative). No, they’re just individual pieces. I’ve got like two on each arm. They’re pretty good size pieces, though. I’ve got a Celtic knot with my daughter’s name and birthdate on one shoulder. Then, on the other shoulder, I’ve got a joker card, says “one of a kind.” It’s kind of an inside joke kind of thing. On that right arm, I’ve also got an Underdog and Polly Purebred, which is like my favorite cartoon character as a kid. Then, on the other arm, I’ve got an armband that’s the opening music from Van Morrison’s Brown Eyed Girl.

On a typical weekend, what do you get into? What are some of your other hobbies, besides music?

I have a teenage daughter. She accounts for a great deal of what would be leisure time for most people. Although, as she becomes more independent and a little bit older, there’s a little less of that. I’m big into video games. I’ve always been into them, even as a little kid, but I’ve probably gotten more into them as an adult.

What’s your number one video game go to?

I play the Madden series a lot, like every year. Then, the Call of Duty series I play a lot. I play The Fog series a lot too. Those are three big ones. I’ll mess with other stuff too, but yeah, those are the main ones that I play. Sports and shooting, I guess.

I’m a running enthusiast. I run 5K a day. The San Francisco Giants put on a race every year that I run in. So far, I think I’ve run in six or seven. I think this year will be either the seventh or the eighth one I’ve done. Every year, I’ve been in the top four for my age bracket.

Most of my traveling these days revolves around the Disney Corporation. A few years ago, I managed to convince the family to go to Hawaii instead, but usually, I end up somewhere where there is a Disney park. I’m still hoping at some point to make it, like I said, to the Grand Canyon. It’s just one place I’ve wanted to go to. Washington D.C. I’m hoping to do at some point. I want to do all of the Civil War battlefields on the east coast. But yeah, I don’t know. Maybe Disney can build something in Virginia.

Okay. These are my favorite questions because I spend most of my time thinking about cooking or what I’m going to eat next. Do you enjoy cooking?

What’s your favorite thing to cook, or eat… either, or both? Maybe it’s the same thing.

I’m big into steak. Like that a lot. A good rare steak is always nice, preferably a rib-eye or a New York steak. I don’t mind cooking that. It’s probably my favorite thing to eat. I’m big into sashimi. Then, I’m always down for a good burger, a good pizza. I’m into like basic American foods, I guess, or Americanized versions of food.

That leads into my next question then. Favorite restaurants in your area?

Let’s see. Izzy’s Chophouse is a good one. In St. Carlos. My favorite burger place… there’s this place called The Counter, down in San Mateo. It’s really good. Windy City Pizza in Foster City, they make great Chicago pizza and Gorilla BBQ in Pacifica, I like a lot, too.

Is there anything else you want to tell the world about yourself or about working at 729?

Probably the coolest part about working at 729 is the fact I don’t have to wear pants. I can wear shorts every single day. It sounds like a small thing, but I’m a total casual dresser sort. I was joking, just the other day, how I went out to dinner with a couple of friends and I was telling them. I was like, “Hey, you guys, this is a big deal. This is only the fifth time I’ve worn pants this calendar year.”

Want to work with Rob on your next project?

Tell us about your project and we’ll pair you with Rob or another developer, designer, or project manager that meets your needs.

Lets Chat About Your Project! 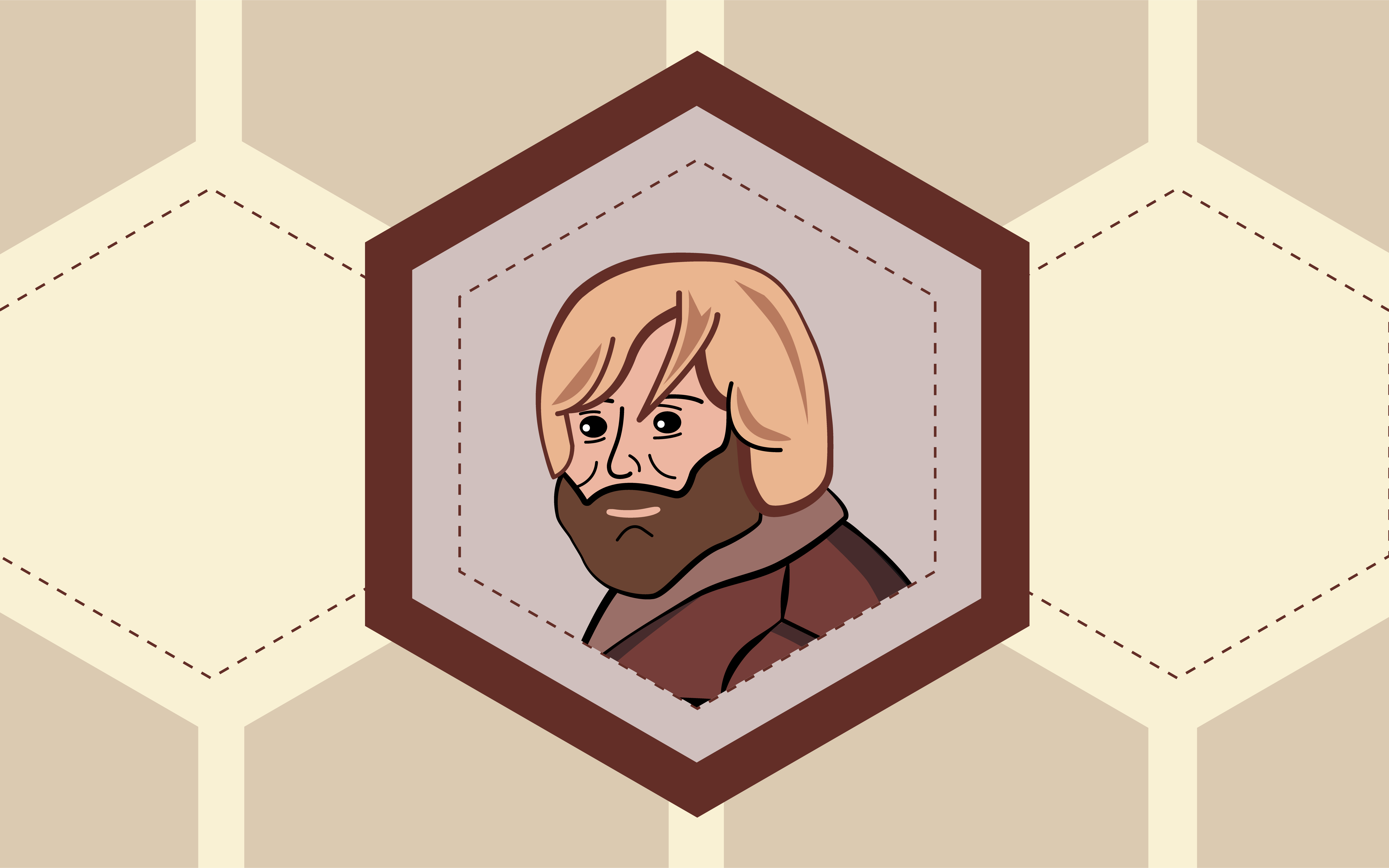 Meet Julio! We like to showcase the awesome people who work here at 729 Solutions because they are more than just great employees – they are creative and interesting people! Today we spoke with Julio, a UI/UX Designer and Front End Developer at 729. Ju… END_OF_DOCUMENT_TOKEN_TO_BE_REPLACED 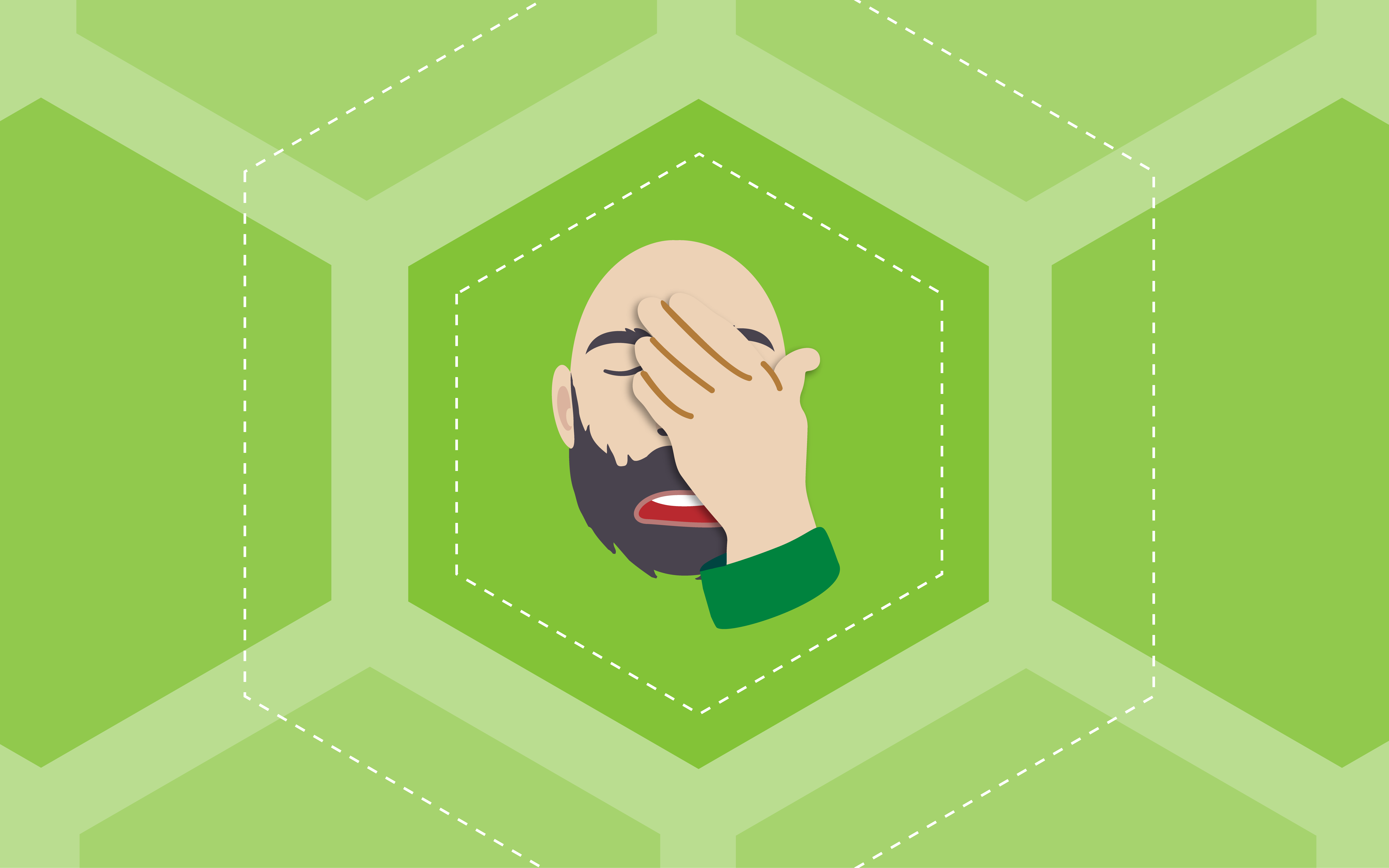 Meet Rob! We love to showcase the awesome people who work here at 729 Solutions because they are more than just great employees – they are creative and interesting people! Today we spoke with Rob, one of our founders and the CEO/CTO at 729! Rob was bor… END_OF_DOCUMENT_TOKEN_TO_BE_REPLACED 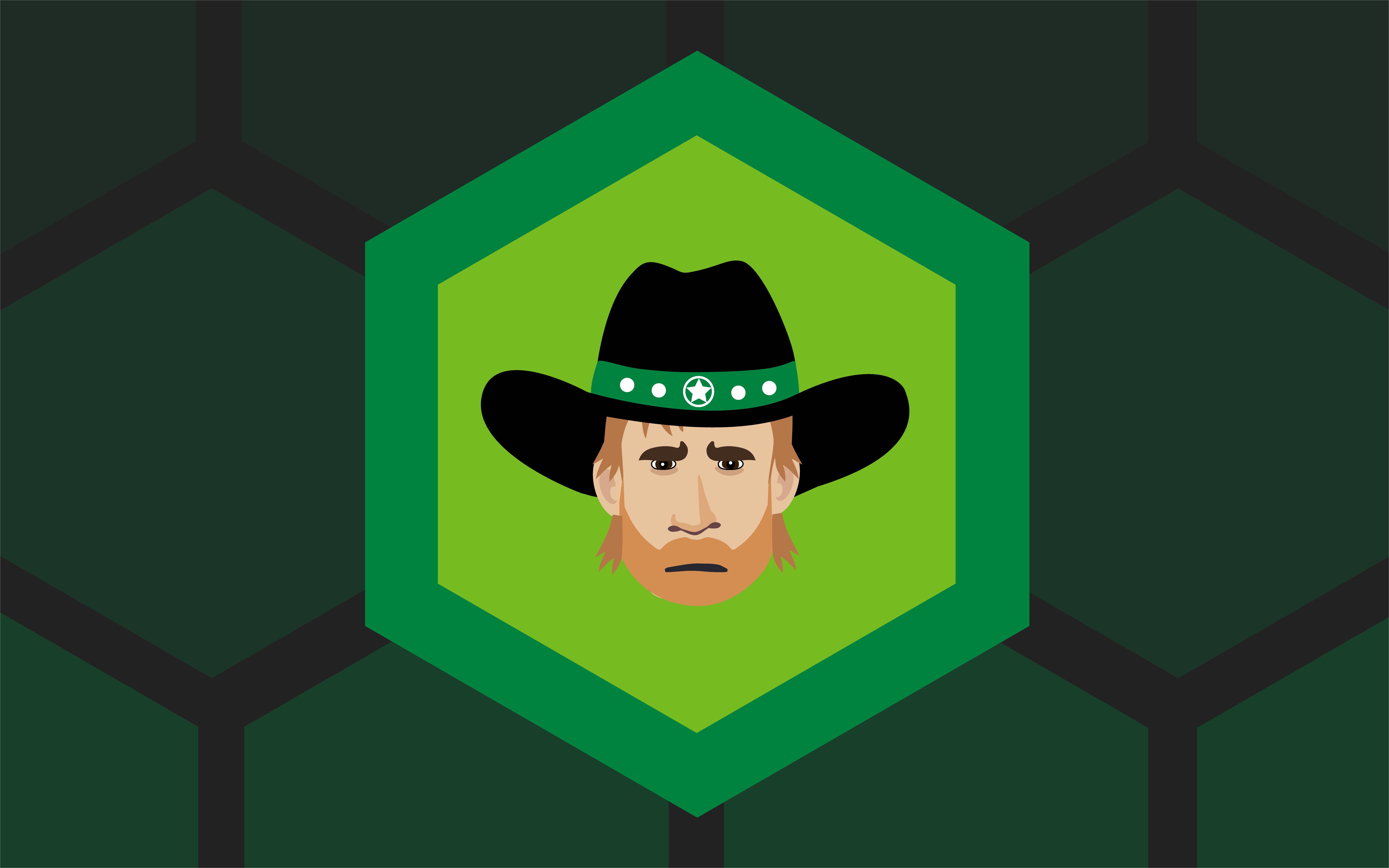 Meet Chris! We love to showcase the awesome people who work here at 729 Solutions because they are more than just great employees – they are creative and interesting people! Today we spoke with Chris, a Monitoring Solutions Engineer at 729. Chris was b… END_OF_DOCUMENT_TOKEN_TO_BE_REPLACED