HTML, CSS, and JavaScript: An Evolution and Influence on Zendesk 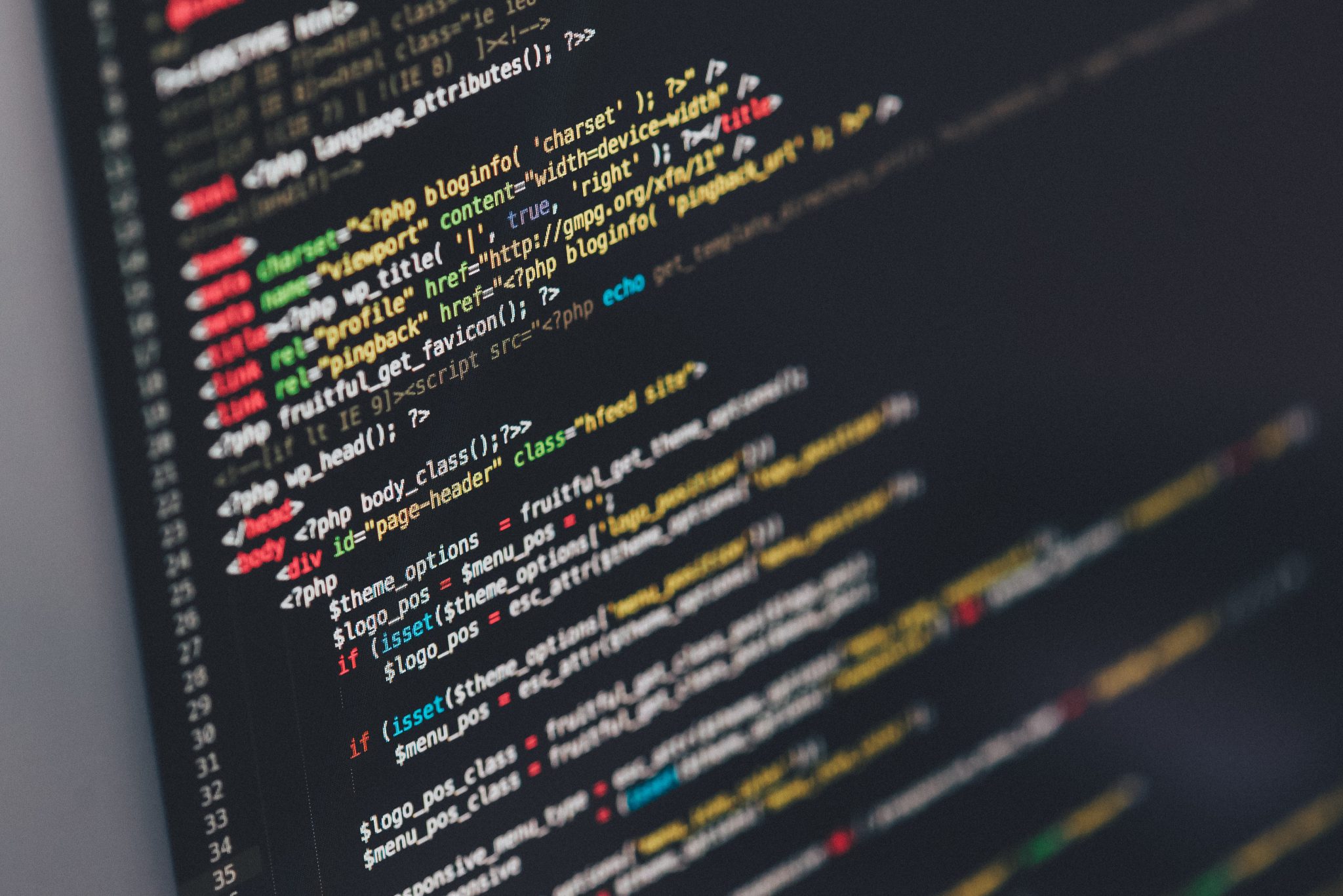 The internet turned 30 years old this month and it is mind-blowing to think where it all started and how it has evolved over the years. The internet has changed the way we do business, shop, communicate, work, learn and so much more. I am very interested in the technologies behind this evolution, so I thought I would write about my experiences with them and how we as a company use them today to help our customers achieve their goals.

I remember when I was 13, I went into a book store and picked up a book called HTML 4.1 in 24 Hours. I wasn’t sure what it was, but I did know you could use it to build these things called websites. That was the start of my Front End Development career. Of course, at the time I had no idea what I was doing, there was no such thing as CSS or Javascript, and everything was being done in tables. I was uploading to GeoCities and AngelFire, and I had no inkling of how far this journey would take me. It was just fun!

Many technologies came out during my learning process that tried to extend or replace HTML as the main language of the World Wide Web: XML, XHTML, XForms. XHTML2, and others. Trying to keep up was a big task, the problem was they all worked differently and were implemented differently from browser to browser. It gave the WWW a very inconsistent experience. But, it was the best we could do at the time (or so I thought!).

In 2004 individuals from Apple, Mozilla and Opera decided to join forces to standardize what was to be the new language of the internet, HTML5. HTML5 combined all previous specifications and detailed that it had to be backward compatible and moving forward all specifications and implementations had to match even if it meant changing the specification. They formed WHATWG which was later joined by W3C to develop HTML5. HTML5 was eventually published and released using the W3C copyright and is still developed and maintained today by WHATWG and W3C.

At the same time that HTML was being developed, new technology was proposed to style the wonderful content that HTML could provide. Up to that point, styling web pages was very difficult and as previously mentioned used mostly tables, hacks, and Adobe Flash to organize the content on a web page. Cascading Style Sheets was originally proposed in the 90s, but it wasn’t until the early 2000s that a browser came out with support for CSS, Internet Explorer 6. Although today, most of us are put off by just the mention of IE, back in the day there was no doubt that it dominated the market. Now we just needed a major website to take a chance on CSS. It came down to Wired and ESPN. (Interview: The ESPN.com Redesign) They decided to redo their websites entirely in CSS and take a chance on the technology. It paid off in a big way. The performance on their sites was extremely good, making design changes was easy and it was easy to share with everyone.

CSS changed everything we thought we could do in terms of styling, it opened new doors and provided an outlet for the creative part of the internet. Designers could mock-up websites and they could be faithfully translated, for the most part, to the internet.

We now had a language to write our content, a language to style that content, but what we didn’t have is a scripting language to make the web interactive and powerful. Enter JavaScript. Back in 1995, Netscape Navigator was teaming up with Sun Systems to promote a powerful, professional programming language that Sun Systems called Java. Java could be run on the browser, but it required Java Virtual Machine to be installed on the user’s machine. It was Netscape’s desire to create a simpler companion language to Java that would appeal to nonprogrammers and could be run natively in the browser to further promote Java.

Netscape called upon Brendan Eich to write the new companion scripting language, but it had to be done quickly to accompany the release of Java. They had one requirement: It had to look like Java. Eich took parts from Scheme, Self, Object-Oriented Programming, and Java Syntax and produced Mocha in 10 days. Mocha was later renamed to JavaScript to further promote the release of Java.

JavaScript was not loved by many at first. It was viewed as a sub-par language that only existed as UI Glue. Despite the opposition, JavaScript took off and was more successful than Java applets in the browser. It did so well that Microsoft reversed engineered it and incorporated a version of it, JScript, into Internet Explorer. So, in 1996 Netscape handed the language over to ECMA in an effort to standardize the language across browsers. ES1 or ECMAScript was released shortly afterward, but despite the name change the industry continued to call it JavaScript.

JavaScript continued to do well for itself, but the real explosion for the language came in 2005 when Jesse James Garrett released a paper describing certain technologies that were the backbone of JS and coined the term AJAX. This led a lot of programmers to turn to JS and create open source communities, libraries, and frameworks for JS including jQuery. JS could now be run outside of the browser and led to the creation of server-side platforms that were built on JS. Today the single page application is one of the most popular uses of JS and the server-side platforms it had spawned.

JavaScript has become the programming language of the web. It is estimated that 92% of websites use JavaScript. Being able to run on the client-side or server-side, JavaScript is powering more and more of what we see online.

So, how does all of this apply to Zendesk?

Zendesk can be modified, molded, and shaped to meet your needs using HTML, CSS, and JavaScript. Let’s start with something simple, email. Email communications are the basis for the way you provide support through Zendesk. Every time a user submits a request, gets an answer to that request, or is asked to rate your support agents an email is sent to them. Shouldn’t those emails represent your company properly? Properly branded emails can go a long way to keeping your customers engaged and increasing those very important CSAT scores. 729 Solutions can create custom email templates for our customers which allows us to change almost every aspect of what the customer sees when they receive communications from your company. How do we do this? A little custom HTML, CSS and JS.

Let’s talk now about Zendesk Guide. Zendesk Guide is a product that allows you to build a knowledge base for your users and/or agents. By default, it comes with a theme that Zendesk has designed, the Copenhagen Theme. The Copenhagen theme is a great starting place for your knowledge base and with some simple modifications like a Logo, changing the colors and a few images you could be good to go. But, when these simple changes are not enough we need to turn to HTML, CSS, and JS to achieve the custom look and feel for your knowledge base. Not only can we create custom themes in Zendesk Guide using HTML, CSS, and JS, but we can also incorporate custom code, snippets, and applications to add to the functionality of your support center. Providing an interactive, visually appealing, and content-rich support center so your customers can greatly increase deflection and self-service letting your agents concentrate on more challenging customer service scenarios.

Another great way Zendesk can be modified is by adding in a custom application. Even though there are many languages that the applications can be written in, it is our opinion that JS plays best with Zendesk. We can build a custom application from the ground up that can live in the right apps pane inside of Zendesk. There are many things you can achieve with a custom application, but one of the most requested is to have us connect other systems to Zendesk so that agents can have everything they need in one single place. By not having to change windows or switch to other systems the efficiency of your agents is greatly increased and documentation in your support tickets becomes much more complete.

In summary, HTML, CSS, and JS shape the way we see and interact with the online world. They help us deliver the content, visuals, and interactivity we see every day. These languages are the basis for all websites and online tools, and Zendesk is no exception. Using the robust CS tools that Zendesk provides along with that added touch of customization we can make sure your agents have everything they need to help your customers and that your company delivers exceptional Customer Service.

Want to work with Fernando to get your Zendesk to the next level?

Set Up A Call Today! 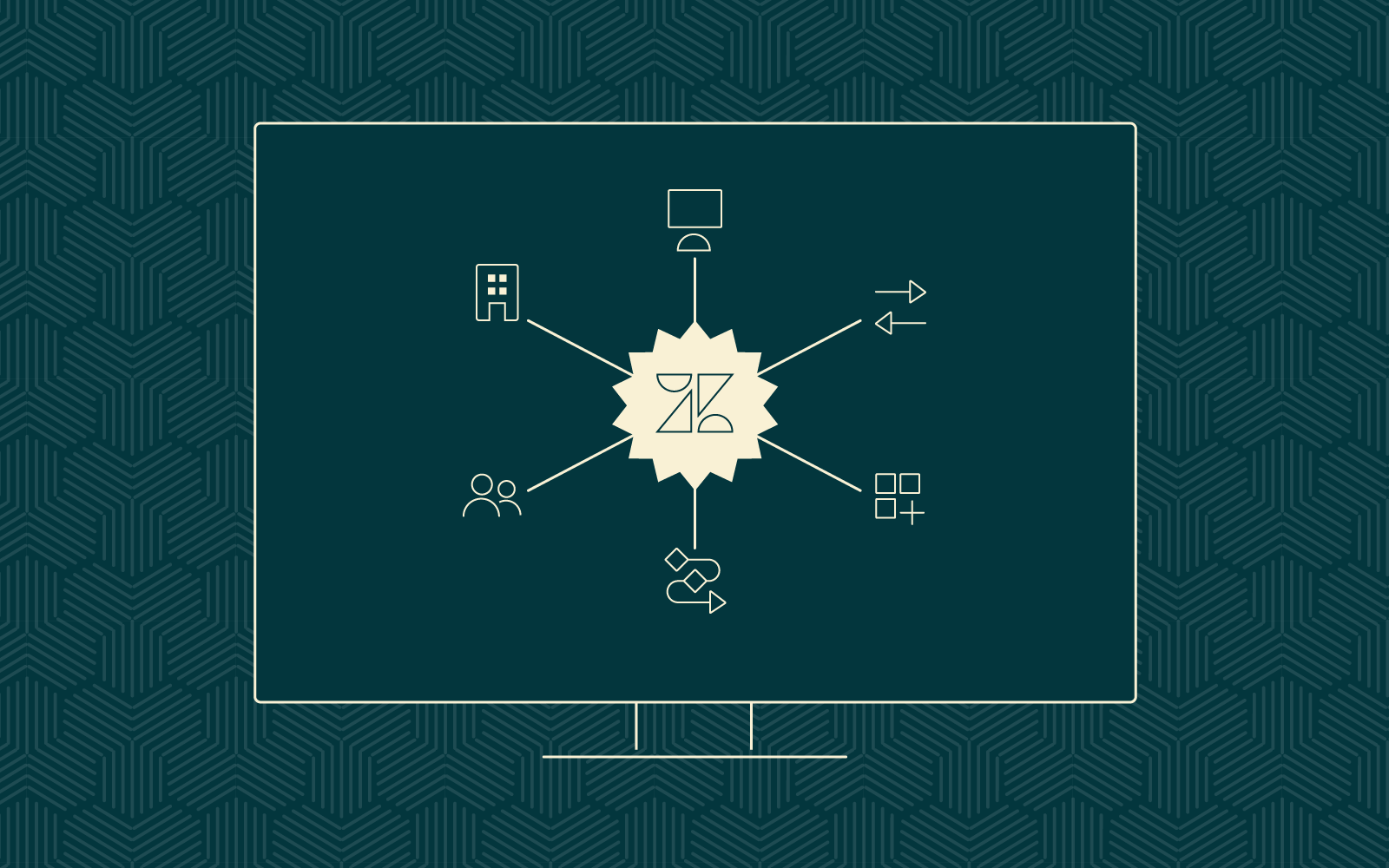 Change can be challenging.  And if you’re a Zendesk Administrator, you’ve most likely been mentally preparing for one of the biggest behind-the-scenes changes Zendesk has made since the launch of Agent Workspace last year.  Starting at the be… END_OF_DOCUMENT_TOKEN_TO_BE_REPLACED 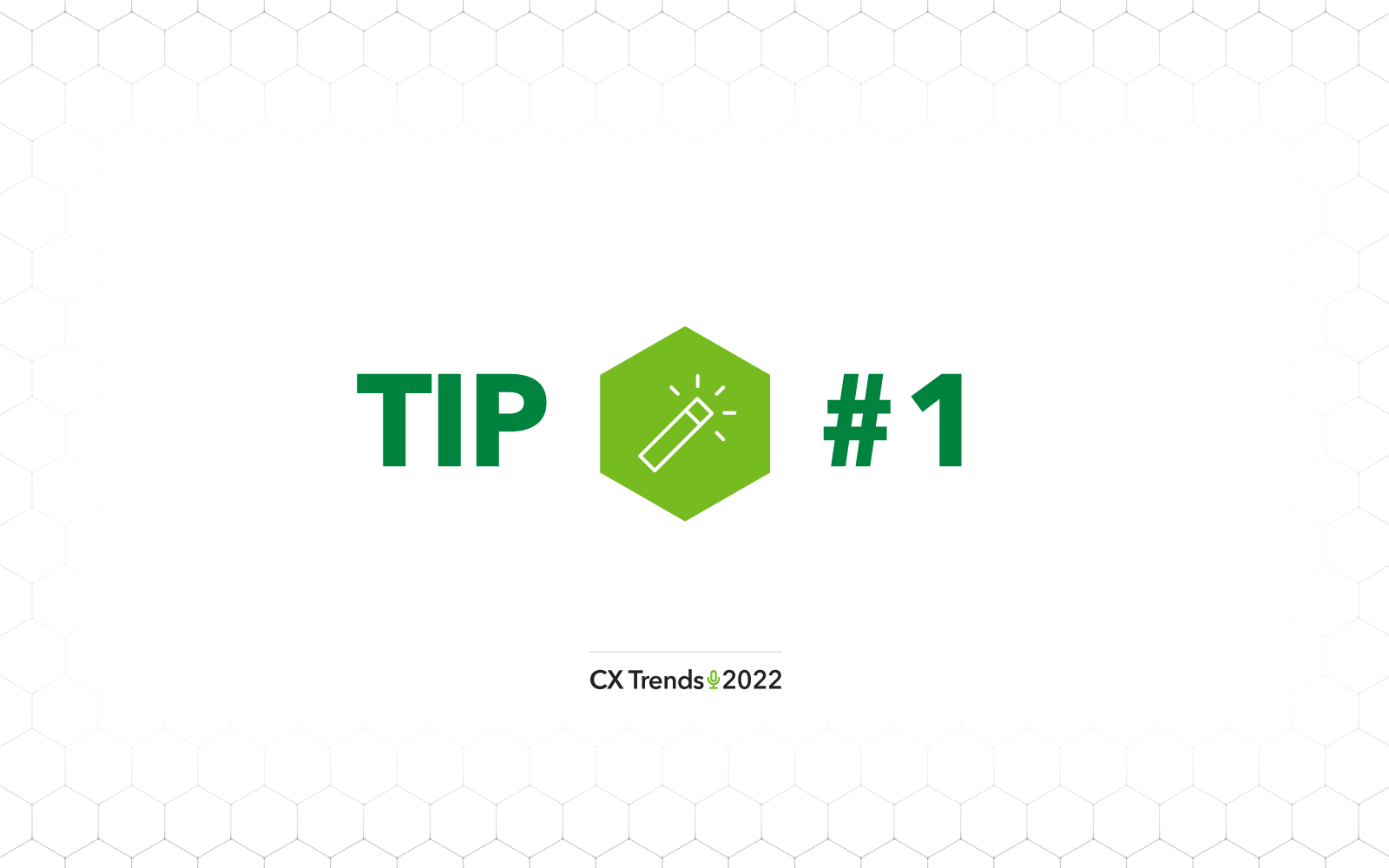 Today’s final CX Quick Tip is ready for you, and it’s a doozy: “Prioritize Customer Service like your growth depends on it.” Zendesk CX Trends 2022 is today. Even if you can’t listen live, be sure to register. You can grab… END_OF_DOCUMENT_TOKEN_TO_BE_REPLACED 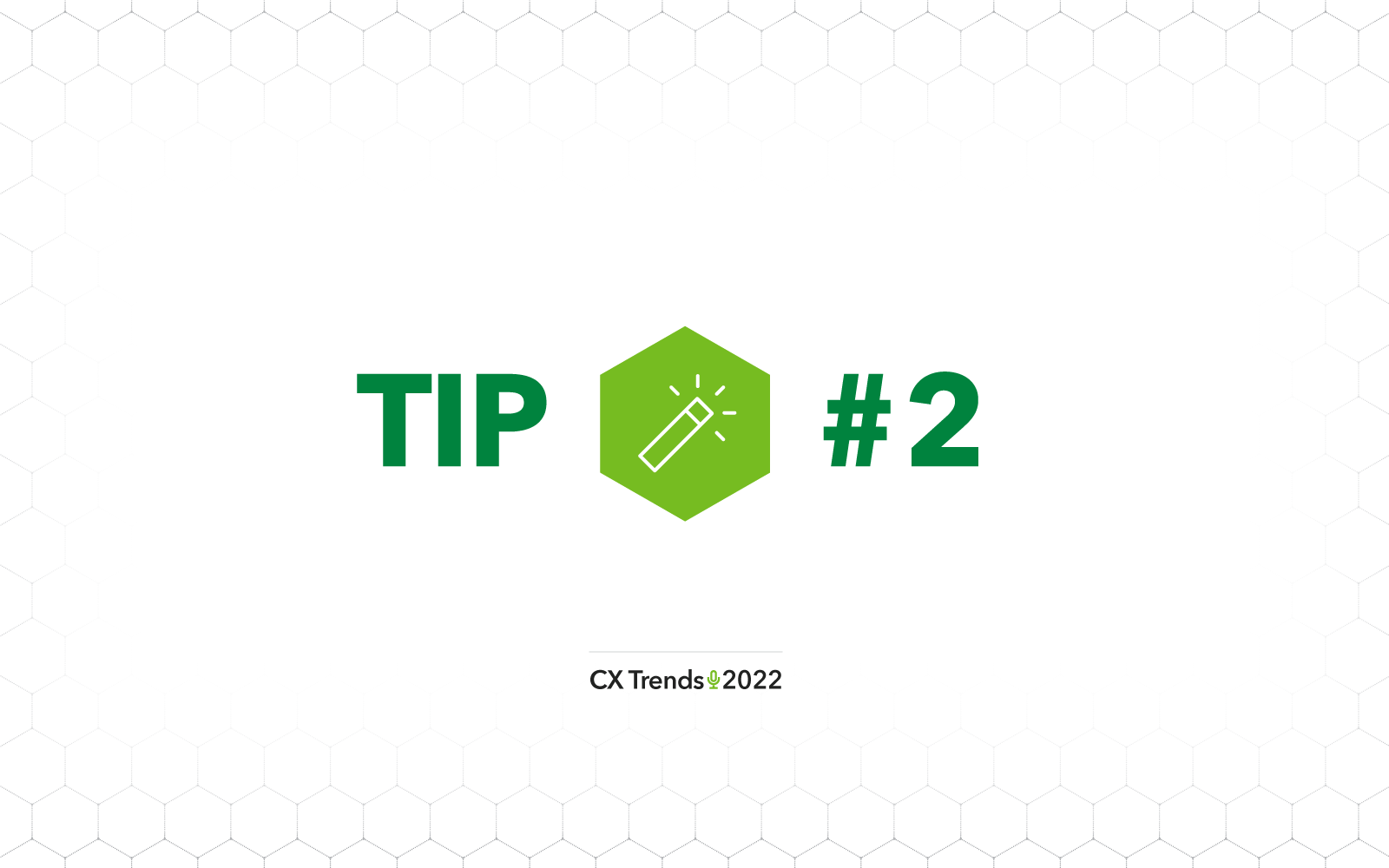 When it comes to Customer Support, is your organization providing conversational care experiences? You should know customers expect this when interacting with companies. Learn more in today’s CX Quick Tip and remember to register for Zendesk CX T… END_OF_DOCUMENT_TOKEN_TO_BE_REPLACED